Brac is the largest island in central Dalmatia, and has the highest peak of all Croatian islands (Vidova Gora 778m). It is famous for the Golden Horn (Zlatni Rat) in the town of Bol, a wonderful beach that is bounded by the sea on both sides.

The quarries of the island of Brac have been a source of sought-after white limestone stone, from which the Whitehouse in Washington and the parliament buildings in Vienna and Berlin were build.

In most locations the water is crystal clear, there are many beautiful beaches to explore, and a multitude of water sports on offer: diving, surfing, sailing, waterskiing – to mention but a few. The tourist office in Bol offers a wealth of information for your holiday.

Brac has monuments from Roman and Illyrian times as well as many medieval chapels, 16th century monasteries and palaces, particularly in Bol and Puzisca. The most famous monuments are the Dragon’s Cave in Murvica and the monastery Blaca.

Klapa is the traditional harmony singing in Dalmatia. Every year there is a festival in Omi?, on the mainland opposite Bra? . During the summer, Klapa is often performed on outdoor stages. Croatia also has a rich dance traditition, which you might be able to enjoy at the Summer Festival.

The museum of Brac is located in Radojkovic palace in Skrip, whose square tower was built in the 16C to withstand the Turks. Before venturing inside, go through the courtyard and skirt the edifice to see the impressive remains of the Illyrian walls (3C BC) inspired by the Greeks. The museum itself exhibits the results of excavation work carried out in the local Prehistoric cave and in the Roman ruins. Among the museum’s most interesting pieces, note the two bas-reliefs of Heracles and the Roman mausoleum. The upper floor is devoted to life on the island. In the main season it is open from approximately 10.00 am – 6.00 pm.

Gallery Branislav Deskovic, situated in the port of Bol, in the renaissance-baroque palace (end of 17th century), is the gallery of Croatian contemporary art and has more then 380 exhibits. Paintings and sculptures show Mediterranean motifs as many artists were inspired with Brac, Dalmatia and Mediterranean.
Dra?en Jak?i? Art Gallery in Gorni Humac exhibits one-off furniture made from Bra? Stone, sculptures, paintings, fashion and jewellery that are for sale.

The Nature Park close to Sutivan is a small zoo which is great fun for children.

During the Summer Festival there are theatre performances, concerts and dances. On Saints’ days, there are celebrations and processions in many places.

In the past, the islands’ economy was based on growing olives, producing vine, fishing and seafare. Brac even had its own design and production of merchant ships called Bracera, which is shown in the picture above. Stone quarrying of the local white limestone is still an economic sector.
Today, it seems, that tourism plays the most important role in the local economy

Brac Airport is located only ten kilometers from Bol and is served by Croatia Airlines, who fly from Zagreb. Other European air-carriers offer very favourable seasonal flights to Brac Aiport. Split Airport is also close and we can organise to pick you up by a taxi boat. Alternatively you can reach Bol by public transport, most easily with the high-speed passenger ferry that operates daily in the afternoon.

The island of Brac is serviced by Jadrolinija ferries. Car ferries operate between Split – Supetar (direct bus service from Supetar to Bol) and Makarska – Sumartin (onward travel by private car or taxi). The line to Supetar has an hourly during the Summer months, and the travel time is one hour. A high-speed passenger ferry connects Split directly with Bol daily in the afternoon and sails onwards to Jelsa on the island Hvar. It sails to Split from Bol daily early in the morning.

Split has good railway links with Europe and is served by Croatian Railways.

By coach and bus

Long-distance coaches by Eurolines and others link Split with many European cities. National coaches to Split operate from Zagreb, Dubrovnik, Rijeka and Zadar as well as many other towns along the coast and inland. The bus station in Split is close to the harbor.
Local buses link the ferry port of Supetar with Bol. Please visit Autotrans Brac for more inforation.

Croatia has a good motorway network, or you could choose to travel along the picturesque coastal road. For more details, please visit the web pages of the Tourist Board of Croatia and/or Croatian Autoclub. 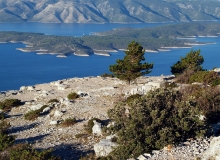 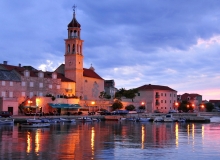 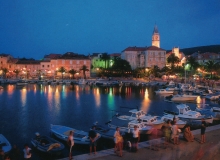 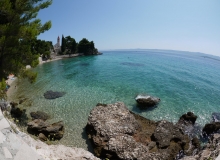 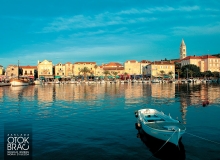 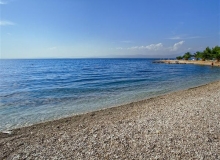 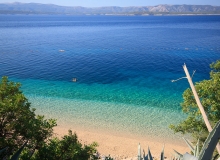 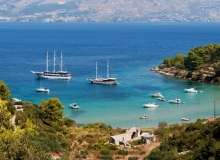 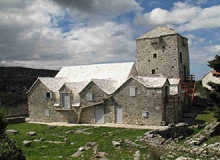 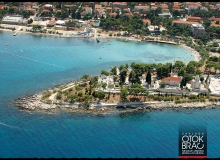