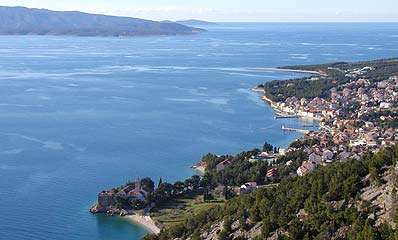 Having been populated from Mesolithic times, Bol has a long and rich history. Around the Dominican monastery and on the beach Zlatni Rat you can find Roman remains. The island of Brac was later ruled by the Venetians, at times part of the Austro-Hungarian Empire, belonged to an independant state of Croatia and was part of Yugoslavia.The museum in the monastery has a rich archeological collection and treasures from Bol’s history.

Housed in a reanissance palace, the art gallery “Branislav Deskovic” is located in Bol’s harbour. It houses over 300 paintings and sculptures.

Various exkursions and boat tours are on offer. Just look out for them along the sea front. 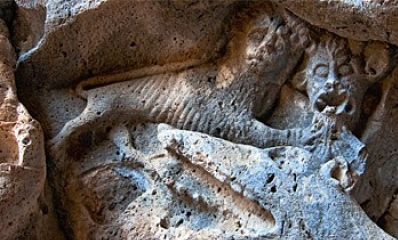 Above the village of Murvica lies the dragon’s cave. It has fantastic carvings and is a monument to the life of medieval hermits who were monks of the Glagolitic order. Reliefs in this cave are monument to the monastic life of the Glagolitic friars in the 15th century. Cave is 20 meters long and divided into four halls. In the first is the chapel of our Lady. Reliefs of Madonna angels, moon, dragon and others were are carved into the cliff . Many scientists tried to explain the meaning of it . The most of them say that it contains elemets of the Slavic mythology as well as the christian aconography. The spiritual history of a people seems to be embalmed here containing its anciant pagan creed reconciled with Christianity. To arrange a visit, please contact the guide Zoran on 00385 91514 9787. 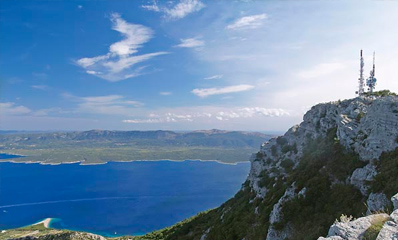 Visit Vidova gora is the highest peak of the Dalmatian islands and offers spectacular views of Bol, Hvar, Pakleni islands, Vis and the Pelje?ac peninsula. At the top you also find a restaurant that offers traditional lamb dishes and other specialities. Vidova Gora is 30 km by road from Bol. Trips are offered by local tourist agencies or you can hire your own vehicle. Walks take approximately three hours each way (climb 780m), and are signposted. 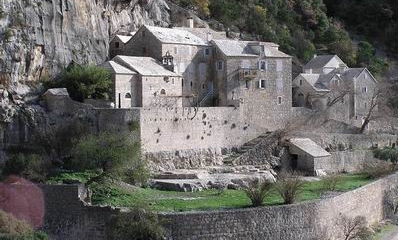 The Hermitage Blaca was founded in the 16th century by Glagolithic monks who fled Turkish occupation. It is a stunning monument to monastic life, which can be reached by foot from Uvala Blaca (access by boat) or from a road leading over Vidova Gora (access by car). Either approach involves a walk. At the time of writing the building and its museum are closed due a stone fall. 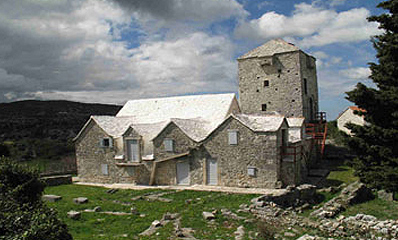 The oldest and one of the most authentic villages on the island, where you can literally feel the history and the essence of Brač. This place exudes with simplicity of life and is a museum of architectural tradition. Škrip is home of the museum of Brac, and there you can find traces of Illyrian, Roman and Croatian culture. There are also two early medieval chapels located in the graveyard. Skrip is also a good place to buy locally produced olive oil and liquer. 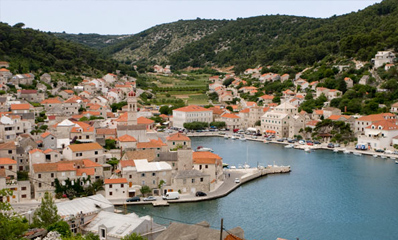 Pučišća is a charming town on the Northern coast and home of the stonemasons’ school on Brac. The town and school show some fine examples of carving work. 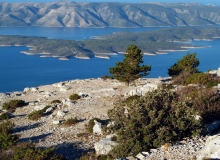 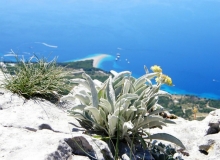 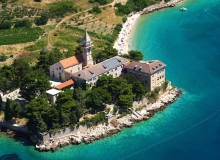 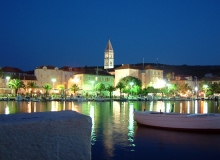 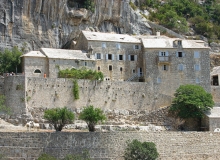 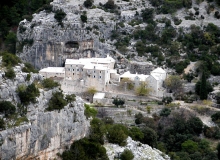 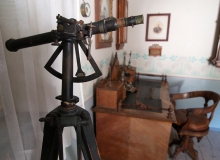 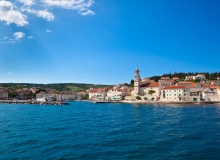 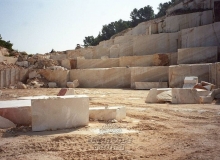 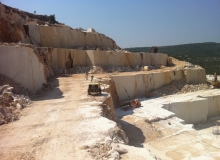